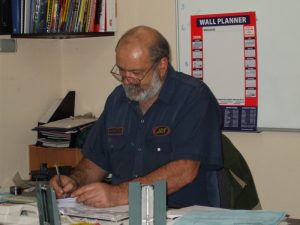 Kevin Falconbridge A.I.M.E. has a passion for all things Land Rover and an extensive knowledge gained from over 36 years in the industry.  Kevin has an enviable reputation as being one of  Australia’s foremost experts in his field and his help is regularly sought from all over this country to solve any particularly tricky problem!

Following in Kevin’s footsteps is his son Kristen, also a qualified mechanical engineer.  Kristen has also shown an aptitude for office work and has done a stint as Service Manager for Rover-Tech – the future looks in good hands!

At Rover-Tech we are fortunate enough to have a wonderful team, most of whom have been with the company for a number of years. 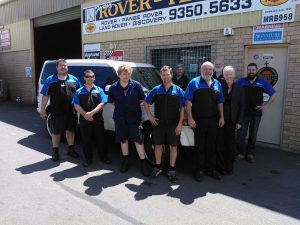